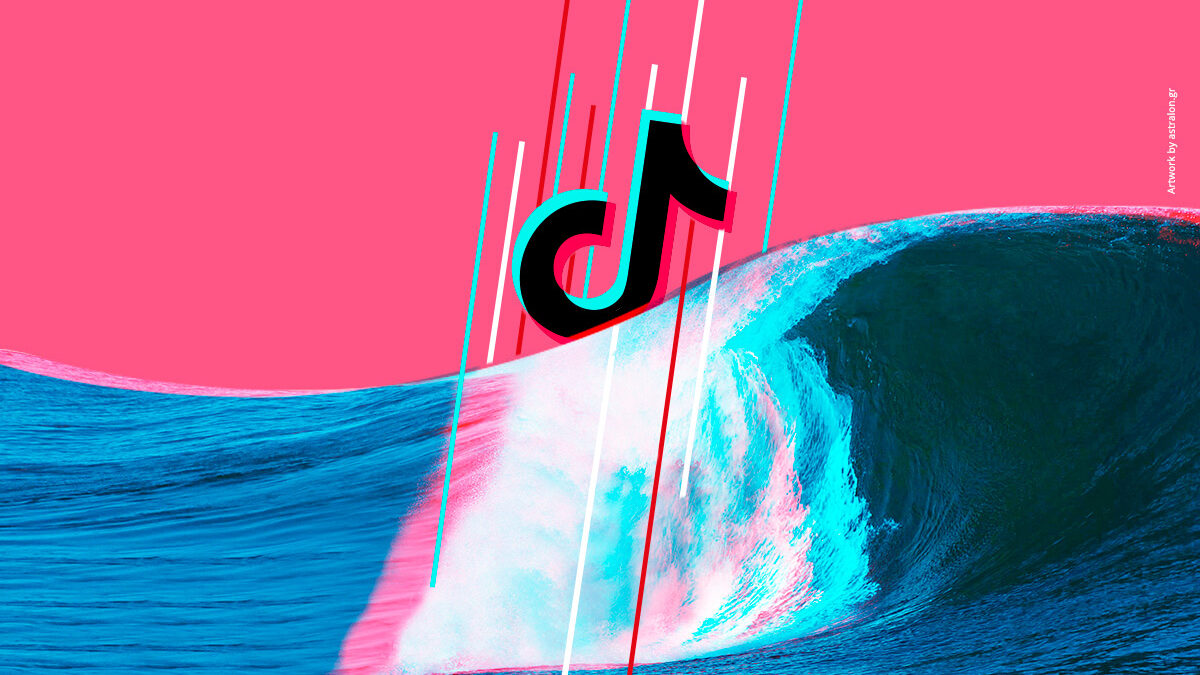 Unless you have been living under a rock for the past few years, you must have heard about TikTok, a new Social Media platform. Take a look at the following article to get a taste of this frenzy.

TikTok is a newly created, video-sharing, social network which was launched back in 2017, but came to light in August 2018 and rocketed during COVID-19’s quarantine. This up-and-coming social media platform allows the user to create, customize and upload videos whose duration varies from three to sixty seconds. And, that is the reason why many say that TikTok is a cute, short-version of YouTube.

For now, the TikTok user is the king and if you do not want to, you can watch TikToks without creating a profile. From the moment you create an account, you can “react” to a video or do a “duet” with another one, whereas messaging and commenting are also features available for you. A familiar point is Tiktok’s For You page, the equivalent of Instagram Explore. Based on your preferences, TikTok algorithm brings up videos that are likely to be of your taste. As its slogan states, its content includes “Real People. Real Videos”. Nowadays, no one can doubt its popularity and the fact that it has gone global, since as of August 2020 TikTok – including its Chinese edition Douyin – has reached 1 billion users. Not bad for a 4-year-old app, right?

If you are currently looking to describe TikTok with only one word, you should definitely use “Challenge”. Its most popular trend, and a tool that can make anyone famous, for a few days at least, numerous challenges are constantly set both by celebs and the common man, aka simple users. Dance challenges, with the songs “Blinding Lights” and “Savage” ruling the field, are the most commonly created and shared TikToks. The Flip The Switch challenge was also quite popular, getting especially funny when some users chose extravagant clothes to mock their partners. There was also and still is the Plank Challenge, since during quarantine lots of people took the chance to take up some sort of exercise and a little bit of competition can always help. Have you ever tried completing any TikTok challenge?

More like Instagram and less like Facebook, celebrities have their own profiles, which are as expected verified and with millions of followers, like Will Smith, Jennifer Lopez, Jimmy Fallon and many more. Sports teams have also their accounts, with footages from games, backstage coaching sessions, and releases of home and away kits. Amazon uses snippets of TV Shows to give away a taste from its series, serving both as a delightful memory for the fans, but also as a teaser for those who search for their new binge-watching series. In addition, brands jumped on board, creating TikToks in order to engage consumers and promote their unique traits and character, like Dior, Vans, Mac Cosmetics and Fortnite.

Professions and their sessions

There were many users that decided to exploit this new social media opportunity to promote their own expertise and knowledge. Doctors give out advice regarding health issues and bring down myths about our body, all of these frequently using a trending dance challenge. Yoga instructors explain how you can do handstands and armstands, analyzing each step and mistakes that we probably make while trying those postures. Vets suggest food habits for our beloved pets and display cute moments from their examining process so that they put our minds at ease. Aquariums and Zoos enrich their accounts with fun facts for their exotic animals and create TikToks with strange species, that are discovered and recorded every day.

they grow up so fast pt.2 @nutritionbypaige ##strangerthings ##morph ##netflix

TikTok and the music industry

More and more people talk about how much this new app has already been driving trends in the music industry. New songs are used as background music in challenges and in a matter of hours they became popular, and some older ones gain a second life like Mariah Carey’s, “Obsessed”, resurrected due to a TikTok choreography, or like Childish Gambino’s “This is America” due to the broadcasts of the nationwide protests via TikTok, following the killing of George Floyd & others. On Spotify, most of the TikTok-focused playlists have more than tens of thousands of followers, and TikTok tends to replace radio in discovering new tunes, a role that has already been challenged by music streaming services and other apps, with the audience praising its diversity and the fact that TikTok serves songs out of our comfort zone, that usually include extreme lyrics and boisterous beats. If you browse through TikToks, turn on the radio and try to remember how many songs you have heard on TikTok for the first time. Those songs may be a “one-hit wonder” and we may never hear anything from those artists again, but they get their share of fame through TikTok. This time, the user-generated content is a playlist.

TikTok is frequently called a fame machine, and just like YouTubers, TikTok stars rise. The latest kind of social media influencers emerge as well as content creator collectives, like Hype House (producing a minimum of 100 TikToks a day!), following YouTuber mansions. A number of agencies have been established in order to host TikTok stars’ careers and contracts. Again, just like YouTube.

If you want to learn how to make a TikTok, you turn to your kid, your nephew, or niece, or in other words to young people. This new app is a “Generation Z” territory and is frequently mentioned as the destination for those who want to reach them. According to some statistics, 60% of TikTok users are born after 1996, meaning that in a few years they will be the generation making the purchase decisions. Many marketers may see the young audience as a disadvantage for their own brand, but for others is a gold mine, in combination with another fact: TikTok states that 40% of its users aren’t on Facebook.

Apart from its general effort to take share from its components, the app is calling out to advertisers, inviting them to turn their back to traditional marketing strategies and incorporate TikToks in their communication plans. As mentioned above, lots of professionals grabbed the opportunity of this new medium and many businesses took the chance to adjust TikTok to their needs and bring another tool into their marketing mix of approaching their audiences. We have previously mentioned that their slogan is real videos for real people, they also currently say to marketers “Don’t make ads, make TikToks”. What’s more, the application dedicates a page in their website to several case studies, displaying best practices, in which brands initiated branded hashtag challenges for user-generated content or used other available solutions like Top View and In-Feed Ads. KFC used a combination of TikTok tools in Germany to raise its brand awareness, Vodafone used Top View in Ireland to inform Ireland’s audience about its Level Up program and the NFL in the States signed a contract with TikTok to deal with the declining interest among young viewers.

The social aspect of TikTok and politics

From a social point of view, there were many reports suggesting that TikTok had a greatly positive impact on the users’ mental health during lockdown periods and that creating content as well as interacting with other videos was a beneficial activity for its users. Also, TikTok became the ultimate platform to be informed about the continuous Black Lives Matter protests, after being accused of a so-called glitch that made #blacklivesmatter flop. However, TikTok has been encountering issues connected with political and economic interests, since it crossed its borders and visited unexplored territories. Meanwhile, the president of the USA, Donald Trump signed an order a few weeks ago, giving ByteDance a 90-day deadline until which TikTok should have been sold to an American company, like Microsoft or otherwise the app would be banned. This order was based on their concerns about American’s personal data that according to American officers were given by TikTok to the Chinese government, something that may be a bad sign for other apps as well.  India has also banned several Chinese apps, including TikTok, after the tension created on their borders, a few months ago.

And now that you have studied the article, take a look around you; you may notice a group of teenagers making their next TikTok video!

P.S.: and don’t forget to follow Astralón’s channel on TikTok!