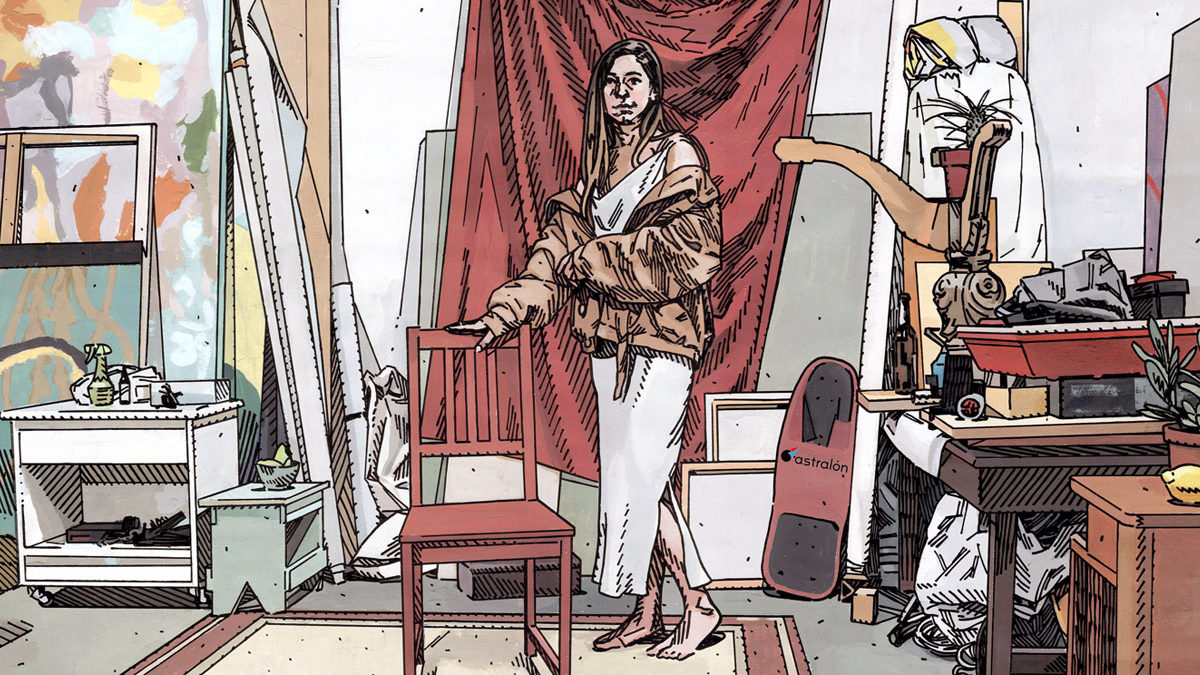 We Welcome Taxis As The New Guest Artist Of Astralón’s Front Cover!

We are delighted to introduce Taxis, one of the most beloved street artists of Athens, who drew our new front cover.

Taxis came for the very first time in our office, in Sina street, in August of 2019. Sweaty and smiling, because of the hot summer noon. We had a lovely chat about Athens’ streets, Poland, previous collaborations, the School of Fine Arts and places we used to hang out. Always friendly and open-hearted, with his beard, his jockey hat and paint all over his clothes, he had just returned from a trip and he agreed to take over our front page’s artwork.

And though Taxis is well known and familiar in Athens, for his excellent graffiti art around the city and his comics that were published during the zeros, he is becoming day-by-day a more mature artist, probably influenced by more classical forms of art. And we definitely embrace his evolution, that shows that Taxis always challenges himself and discovers new potentials for him and his art. Now let’s have a closer look to his adventurous life and career. 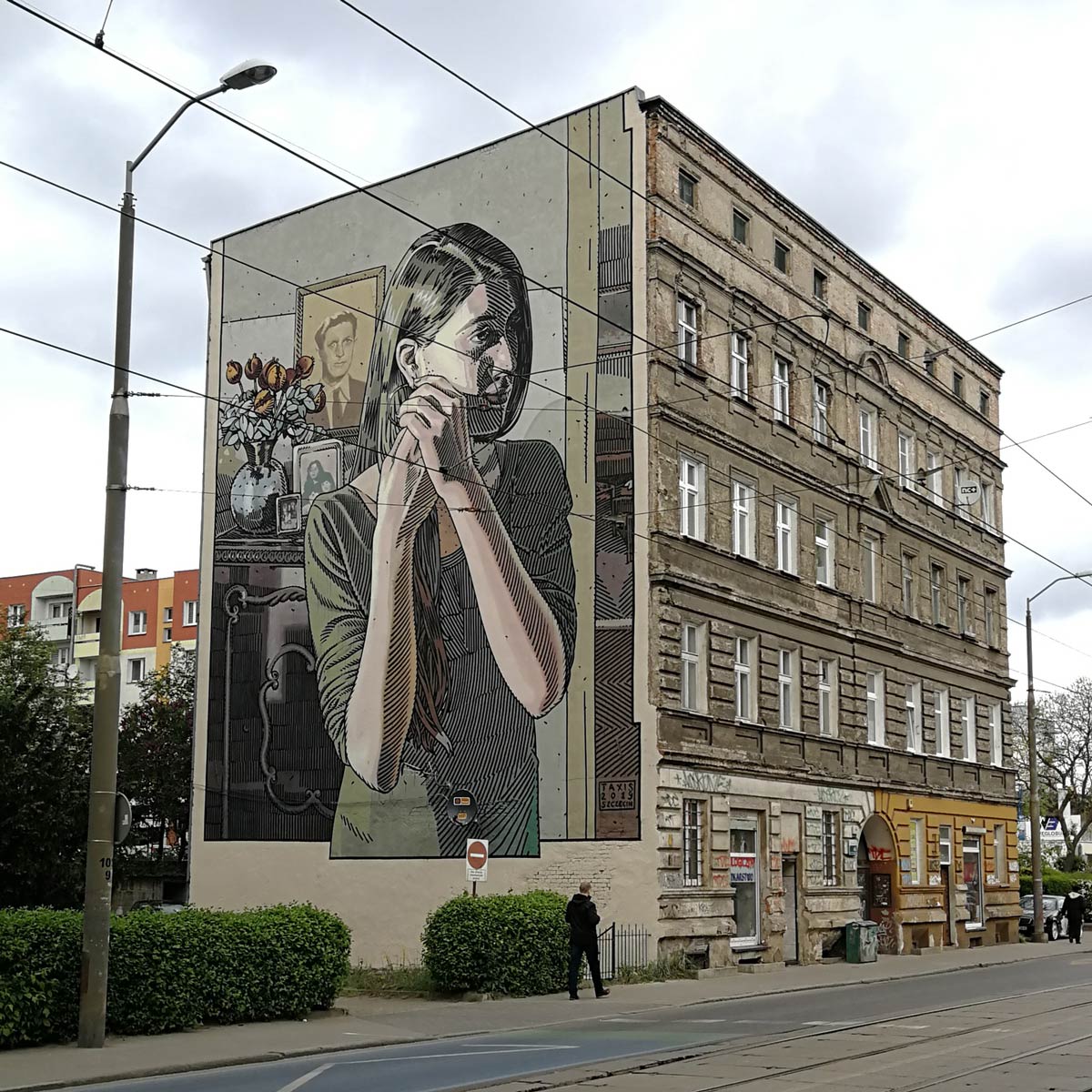 Dimitris Taxis was born in Szczecin, Poland, in May of 1983 to a Polish art/cultural historian mother and a Greek etcher/painter father. His family moved to Athens at the age of three. Growing up in an artistic family, he was introduced to the world of art from a very young age, which developed Dimitris’ an urge to find a way to express himself. At the age of 14, during a family vacation in Poland, he became familiar with the art of graffiti, giving him the excitement needed in order to try it.

He is involved with graffiti since 1997, which includes walls, bombs, trains etc. He also entered into comics in 2003. His short stories have been published in the BABEL Comic Magazine and he has collaborated with newspapers, magazines and books as an illustrator, as well.  In 2004 he worked as a cinematographer for the movie “A Pink Safety Pin” by Nikos Pomonis, which won a citation at the Digital Wave Competition, at the 47th Thessaloniki International Film Festival. In 2005 he was one of the set designers for the movie “Pink” by Alexander Voulgaris.

At the same time he started to paste handmade posters at the streets of Athens and later abroad as well (Berlin, Barcelona etc.). His characteristic comic style is what established him in the street world. 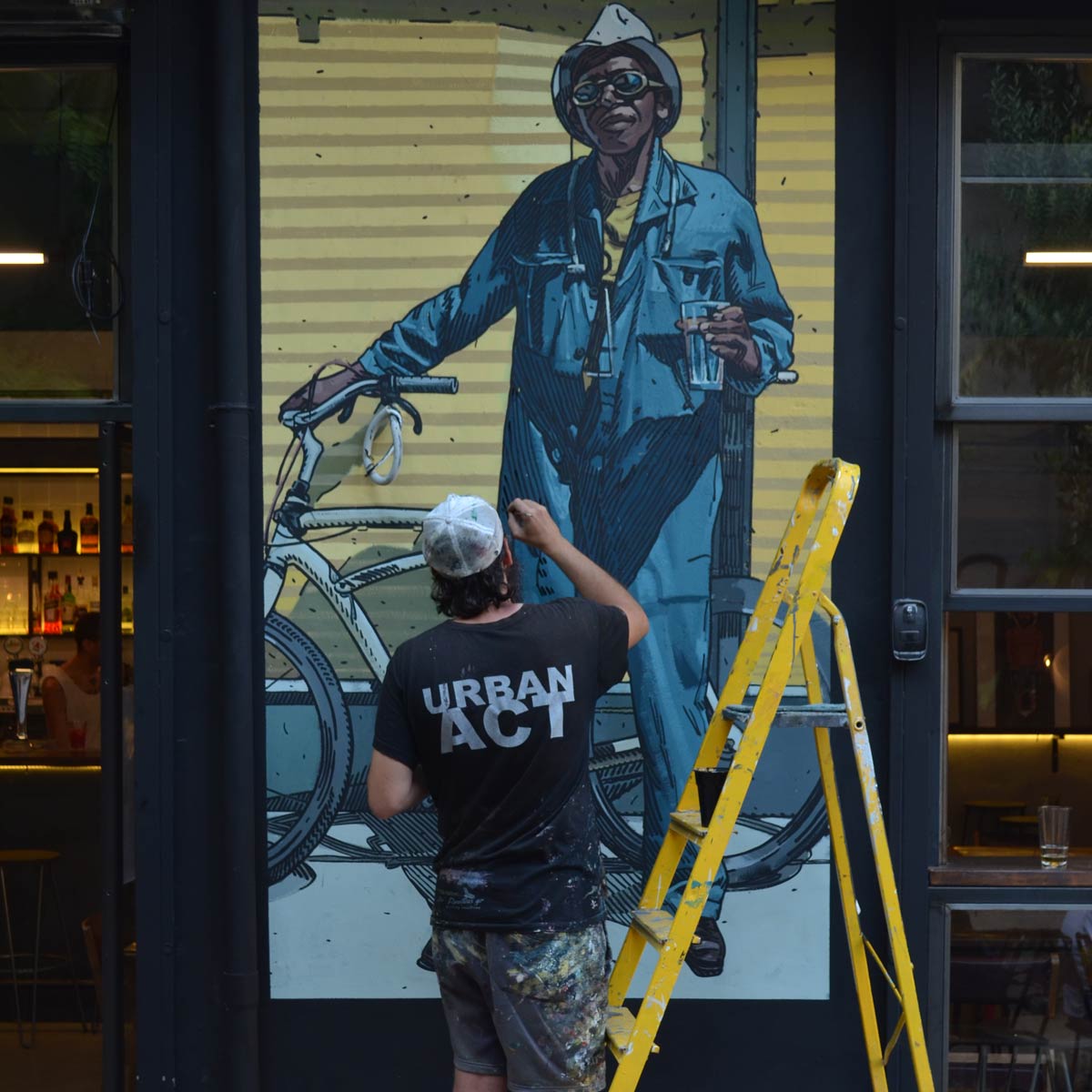 Taxis’ point of reference is the human himself. He is intrigued by the everyday inner struggle that society forces each individual to go through. In his art he aims to capture the feelings of desolation and hardship, feelings that have always tormented humanity. He believes that his work states obvious matters that many people tend to forget or ignore which in fact is something that should be strongly reexamined. His goal is to provoke the viewer into a conversation with himself in which he can expand or delve deeper according to his own perception. His artwork is more like a game between the picture and the viewer. There is no specific plan as well as technique since they evolve everyday. Thoughts, sketches and style change day after day according to the impulses he gets. He objects to stability so he always tests out every thought that he finds absorbing. He uses a wide variety of materials and techniques.

Taxis studied painting in the School of Fine Arts of Athens and was a member of the artistic collective GPO CREW. He has participated in several group shows and festivals in Greece, and around the world. Currently he paints murals but also focuses on his work on canvas and paper at his studio in Athens, where he lives. 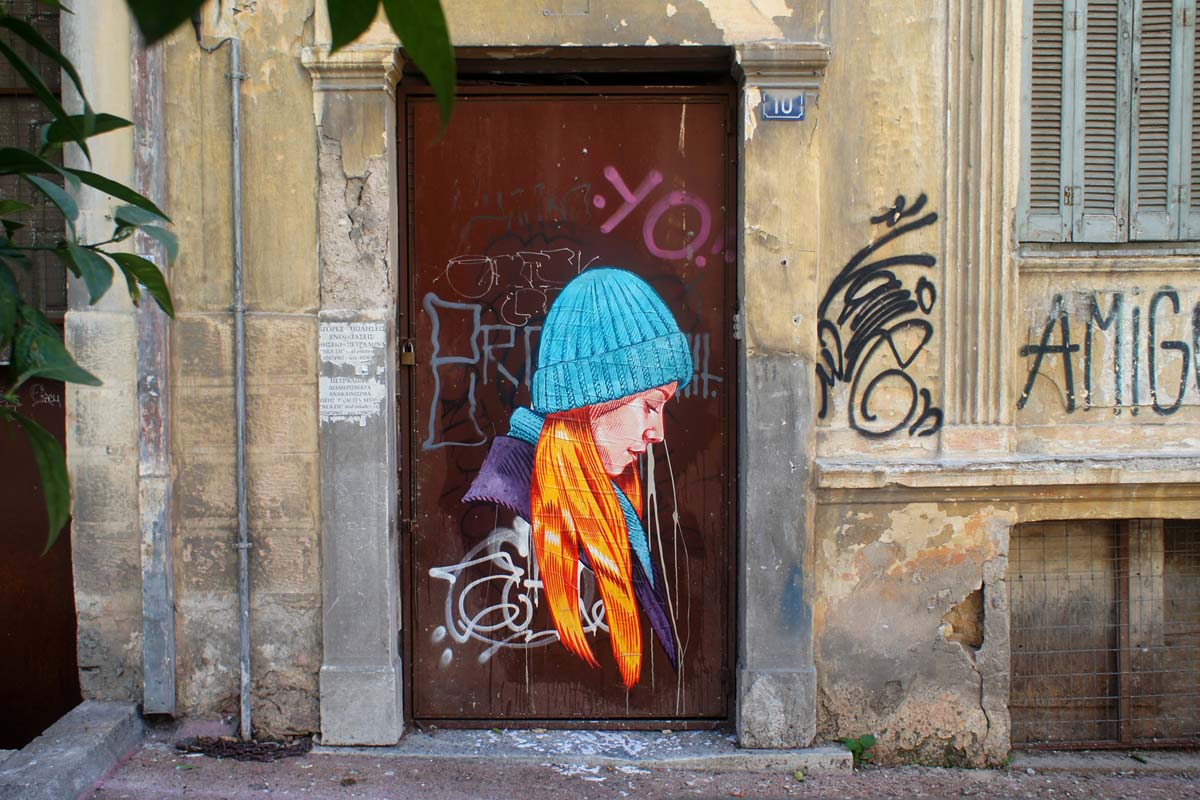 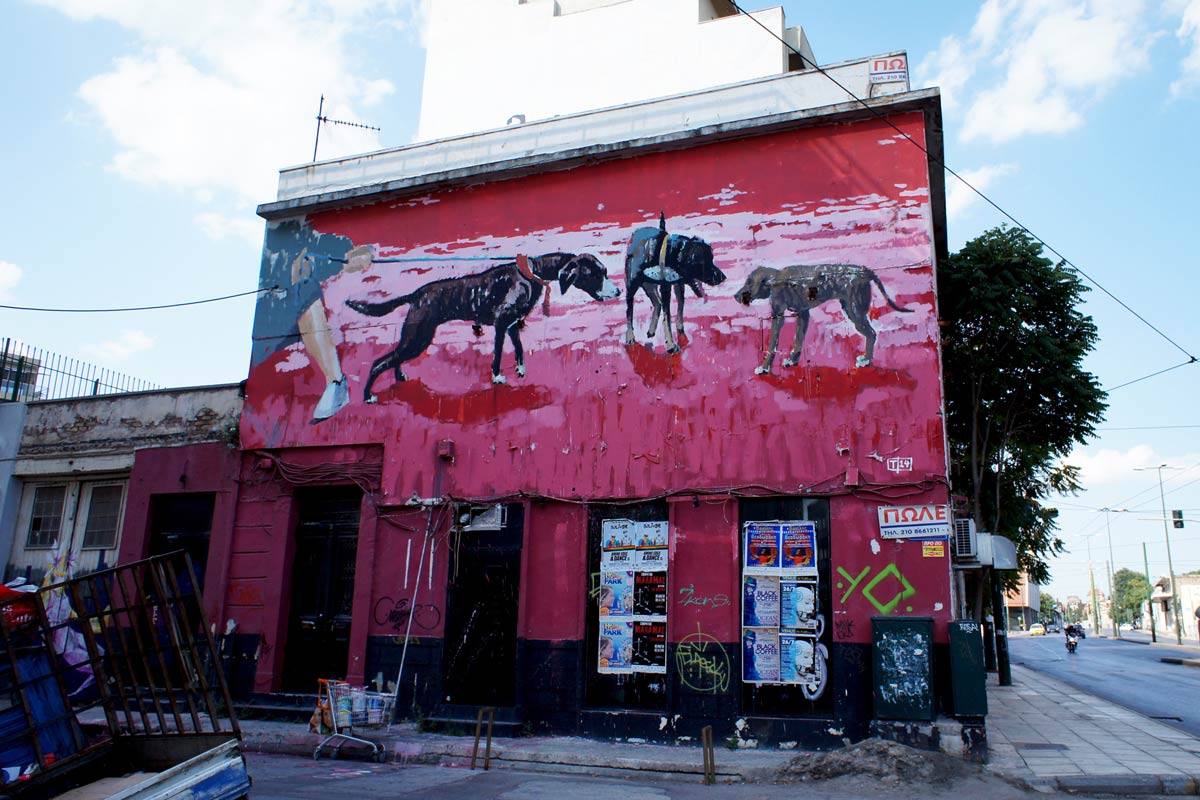 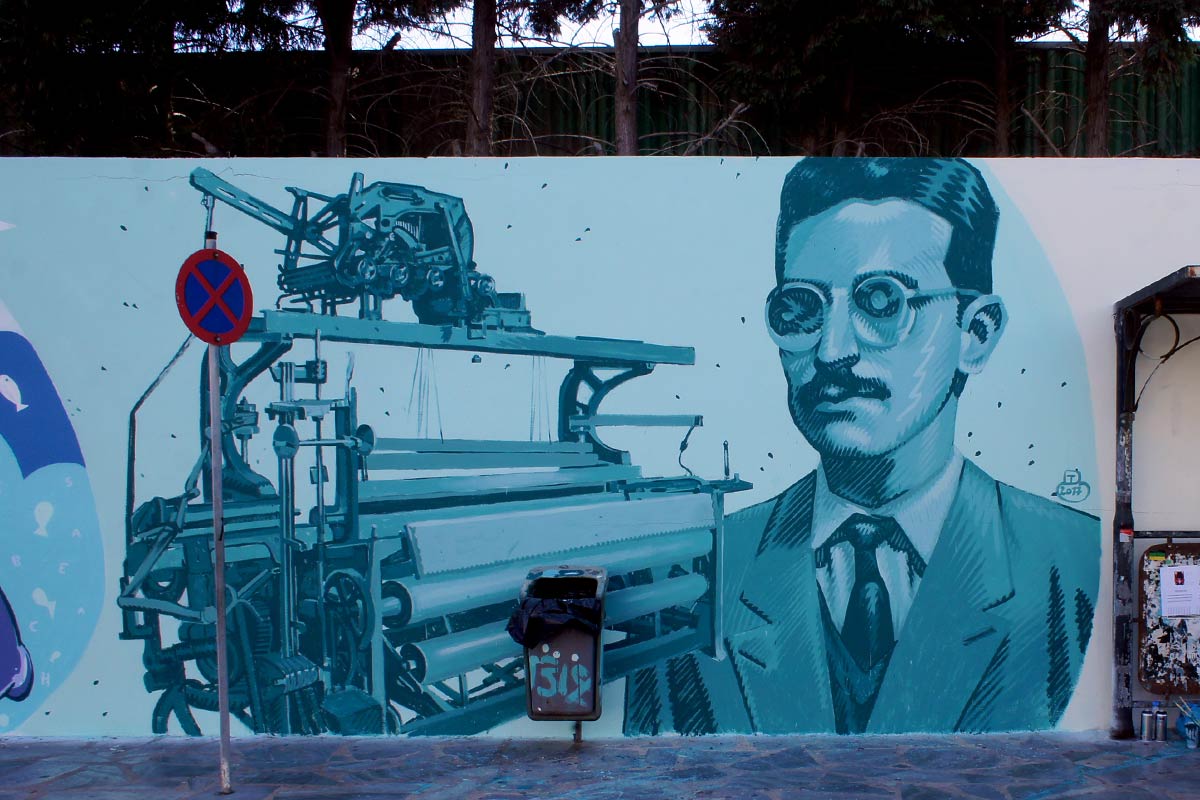 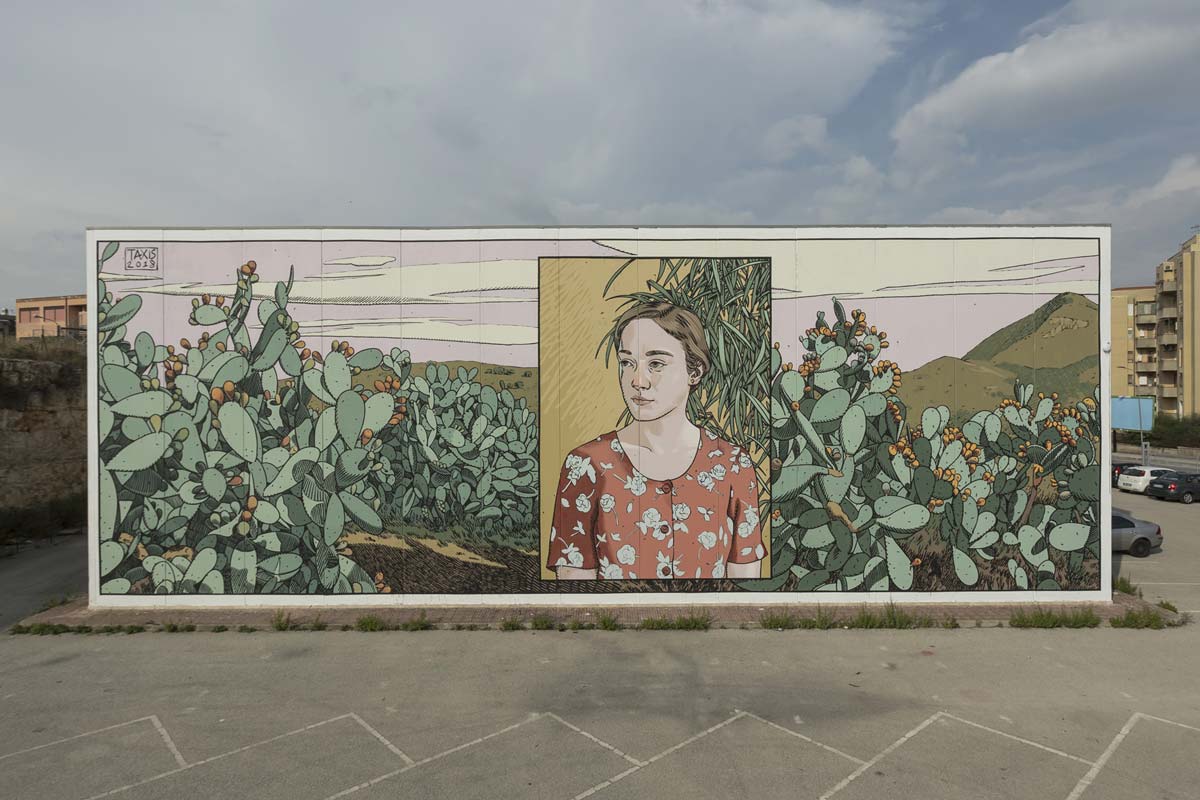 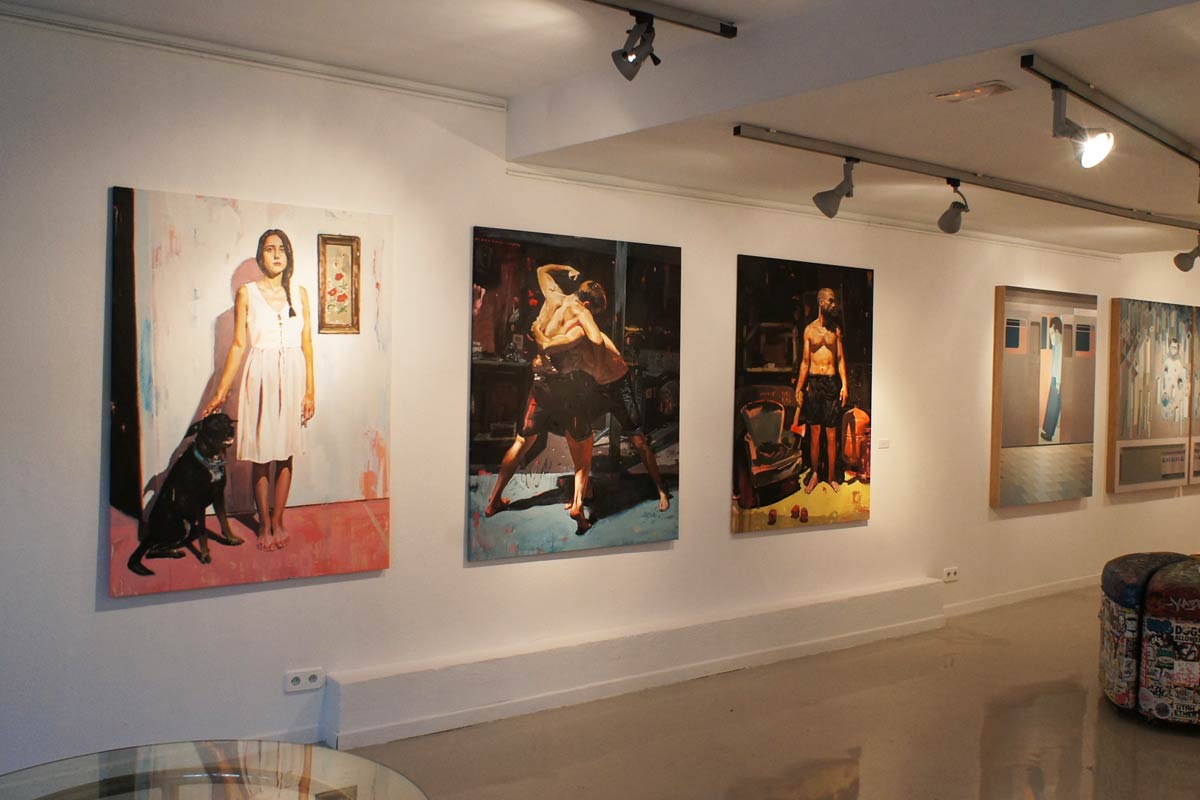