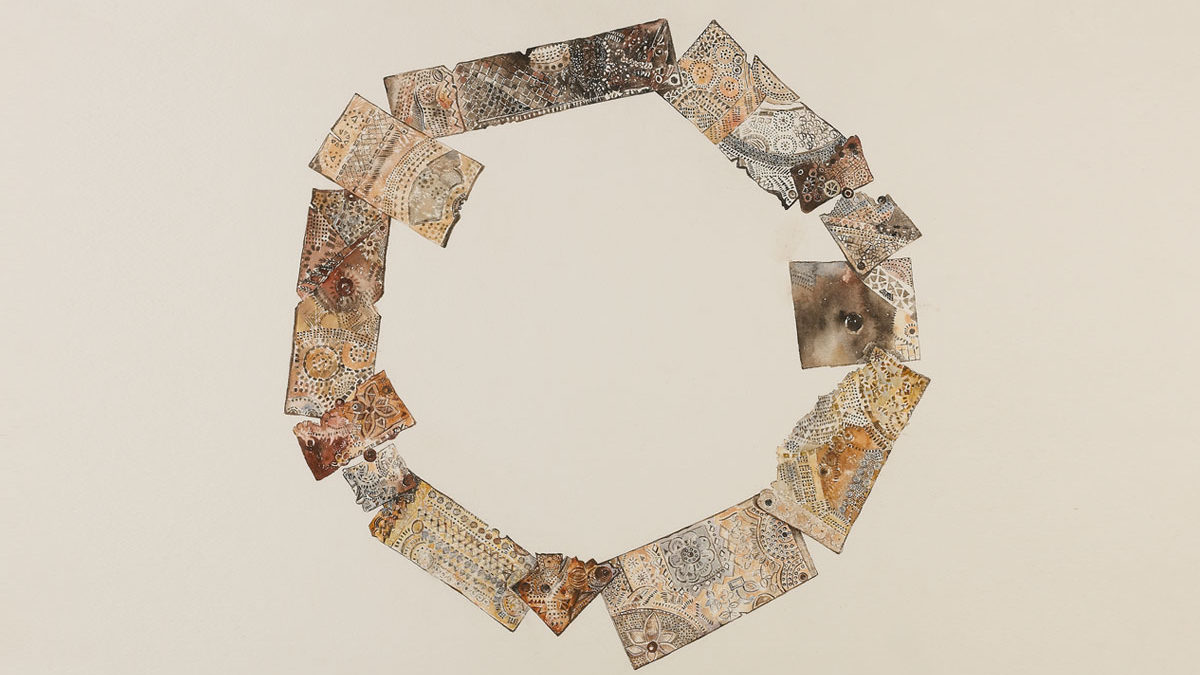 The new exhibition of artist Roubina Sarelakou is called “from nature to geometry” jewelry – painting – engraving, and it will take place at the Zoumboulakis Galleries.

Our beloved Roubina Sarelakou presents her new solo exhibition at the Zoumboulakis Galleries, which will take place from October 12th to October 21st, gathering an extraordinary number of unique creations of high quality and flawless beauty.

The current exhibition will be held in collaboration with the bookbinder Kostas Boudouris, while the curation belongs to Architect and Professor of Art History Yiannis Papaioannou.

She has presented her work in many private exhibitions as well as in group exhibitions in Greece and abroad. She taught for a number of years Painting and Drawing at Vakalo College of Art and Design of Athens. She was an establishing member of the Circle of Art and Philosophy where she taught painting and engraving.

In 2000 she designed the stage scenery for the play Outcry by Tennessee Williams, under the direction of Th. Gramsas at the New Hellenic Theatre of George Armenis. Meanwhile, she creates video art (Tango. FM Records 2005. Patmos : another journey, 2007 and a series of videos about Crete, 2006 2009). Her works are included in public and private collections in Greece and abroad.

Since 2010 she has been studying metal treatment and jewelry making as a student of the painter-jewelry artist D. Nikolaidis and silversmiths L. Grypaios and Y. Roumany.