Pan Pan Drew Astralón’s New Front Cover, And We Are Really Happy About That.

We invited one of our favourite Greek comic artists to illustrate our new cover, and we came across this excellent sci-fi creation with its dreamy background.

We have known Pan Pan for ages, under his various alias on social media, as an artist, a music producer and… a discerning human being! We read most of his stories online and have many of his publications on our bookshelves. We got to know him even better personally few weeks ago during this summer, and… voilà, we decided to present you this synthetic artwork.

But who is Pan Pan?

Panayiotis Pantazis was born in 1982 in Athens. He is a steady collaborator of “9” magazine in its last 5 years of circulation and he published his first comics album in 2007 (Common Comics #1, Giganto books). Another 15 books have followed, either through publishers such as Giganto Books, ΚaPsiMi, Jemma, Ennati Diastasi or through self-publications.

Since 2011, he has published more than 400 online serialised comic strips at socomic.gr (Gabriel Fransoua’s memories, Cherry Jam etc). He is a frequent collaborator of Blue Comet magazine (Polaris publications) and his most recent publication is Penelope Delta’s “Sta Mystika Tou Valtou” (In The Secrets Of The Swamp), a story that re-creates the fierce war at Giannitsa Lake in the early 20th century, and it is adapted by Yiannis Ragos.

Visit his colourful space for more! 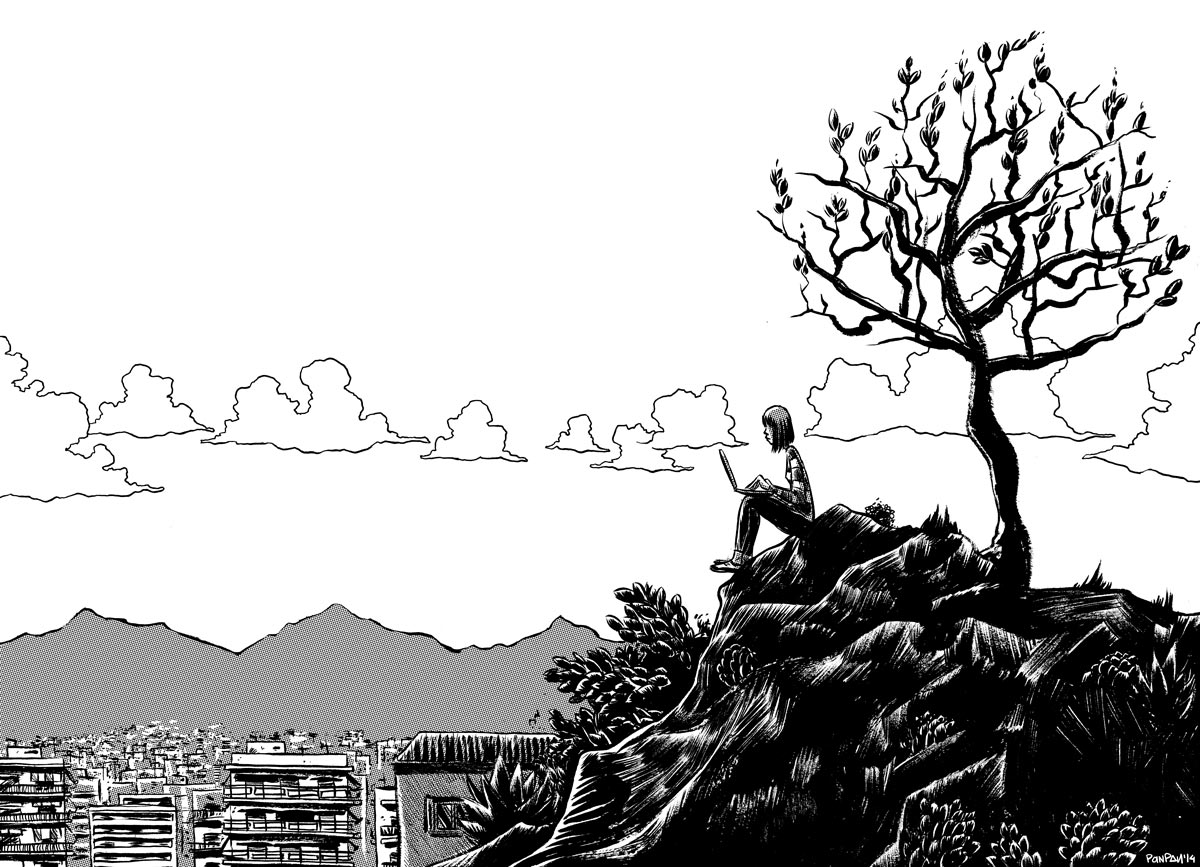 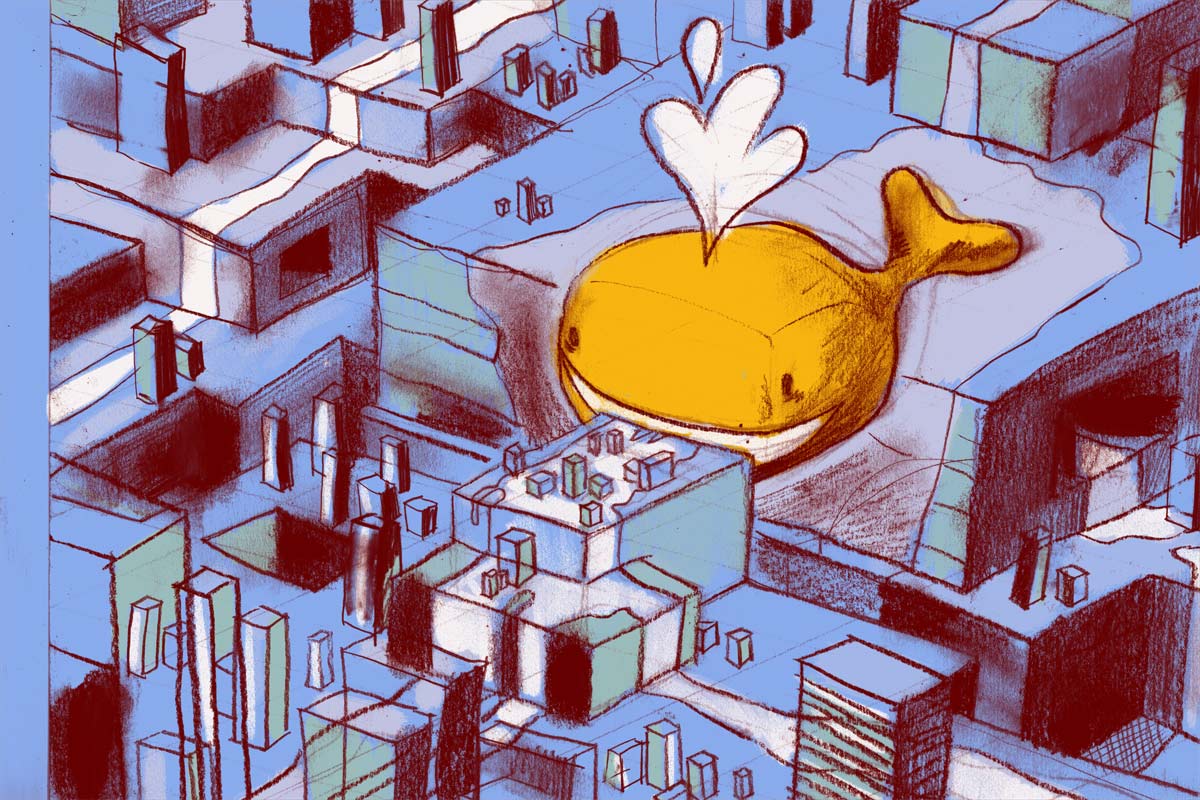 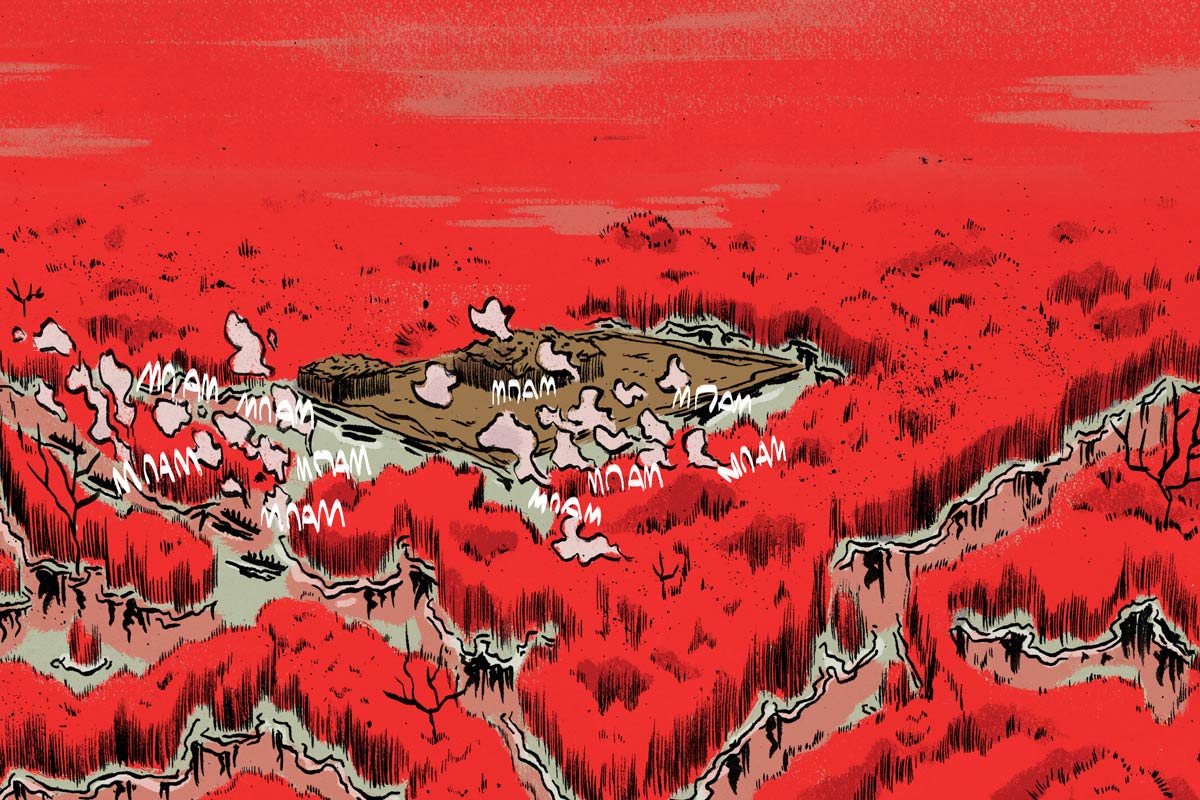