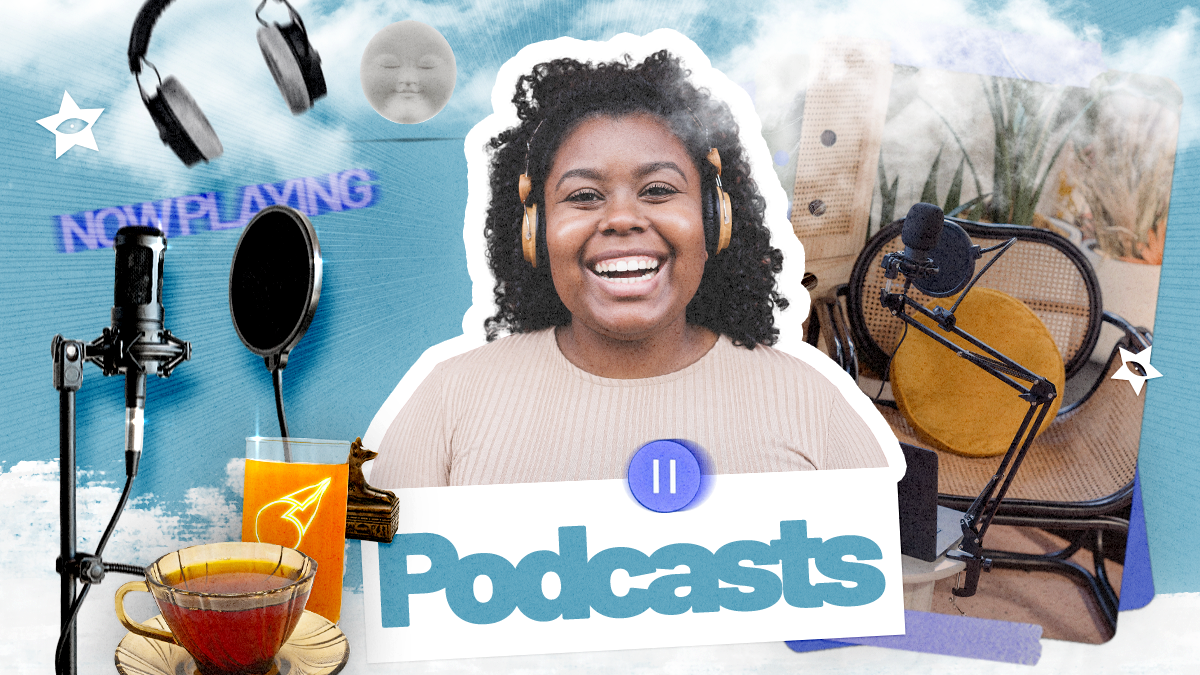 Podcasts have come after videos in the last few years. People seem to prefer this kind of show instead of video while others are still not familiar with it.

A podcast is a collection or series of digital audio files that are made available for listening or downloading via the Internet and its purpose is to entertain, humor and/or educate. Some think that podcasts are only a trend. But this is not true! Podcasts were upped as ‘’audio blogging’’ in the 1980s for thoughts and experiences sharing via audio recording. This project did not succeed eventually, because of the lack of distribution ways. In the early 2000s, the radio show ‘’PFW in progress’’ by the New American Patriots team was recorded and was available for download by the people who had access to the team’s official site. It wasn’t exactly a podcast as we know it today, but this together with ‘’IT Conversations’’ by Doug Kaye, which lasted for nine years, were the first audio blogs of the 21st century!

The journalist Ben Hammersley suggested the podcast term in Guardian for the nascent technology, Dannie Gregoire used it to describe the automatic download and the synchronization of audio content and the first documented use of “podcasting” in the definition known today (i.e., broadcasting rather than downloading) was mentioned in a podcast episode of the Evil Genius Chronicles by Dave Slusher.

Apple added podcasting in iTunes in 2005 and built a podcast directory at iTunes Music Store, where the users could subscribe to, download and organize their favorite podcasts. That year, George Bush became a podcaster in himself, the first People’s Choice Podcast Awards took place and the Google hits for the term were more than 100 million. In 2006, Great Britain and London were in a podcast rhythm, too. LBC launched the first premium-podcasting platform, LBC Plus and audible.co.uk was the first major podcast to charge consumers to download the podcasts. 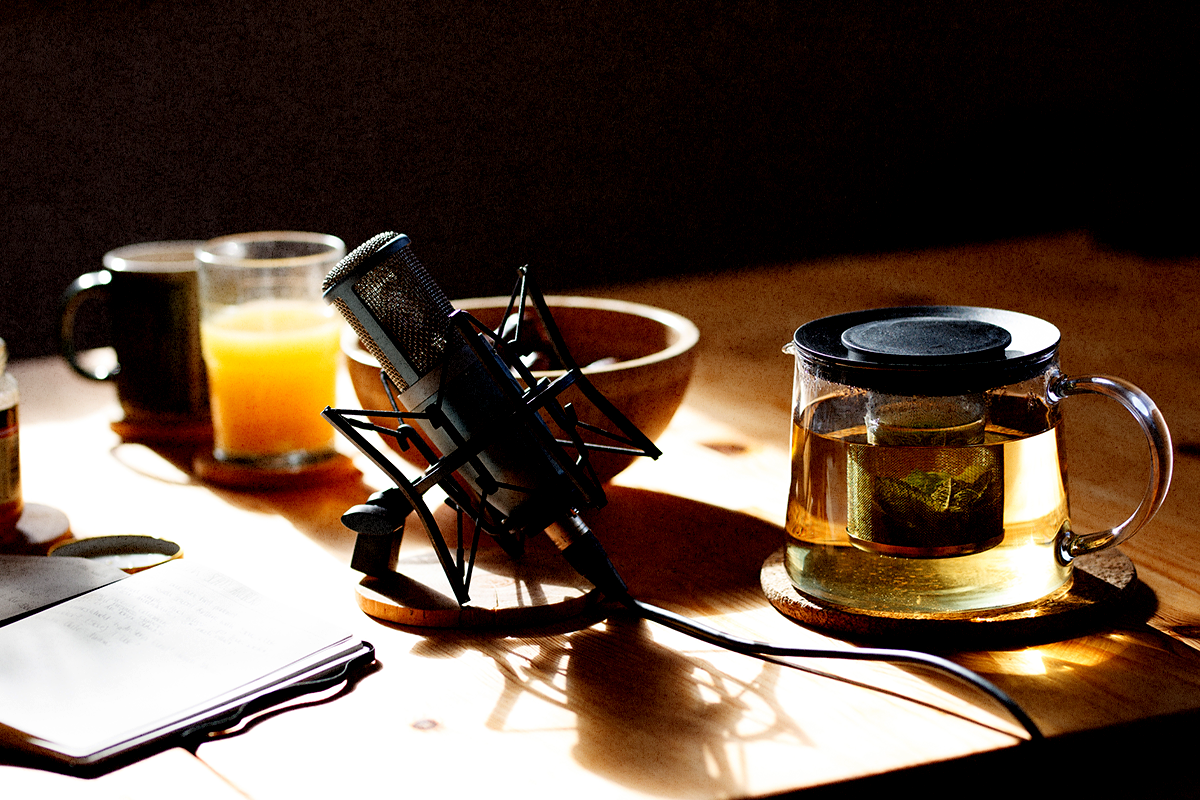 Two years later, BBC noted that more people in the UK had downloaded podcast episodes than had used Twitter! The booming year for the podcast field was 2009 and the impact was huge. In 2014, This American Life launched the first season of their Serial podcast with 68 million downloads and a Peabody Award Win. Podcasting reached a new stage of growth in 2017 when The New York Times debuted The Daily news podcast. The Daily was designed to match the fast pace of modern news and the show features original reporting and recordings of the newspaper’s top stories. As of May 2019, it has the highest unique monthly US audience of any podcast.

As podcasts have a leading position in people’s preferences, COVID-19 and its lockdowns help them to grow even more. People wanted to communicate with each other and this was not easy at all. Vloggers and YouTubers had not so much content as they were not able to be out, have physical content resources, or attend events. The artists could not present their work and they had major economic and social problems. And, of course, all of us, the audience, had only a few chances for socializing and having new experiences. So, the internet helped a lot. Apart from videos, films and series, music, theater and concerts started to be on demand. But people needed to talk and be concerned about all kinds of topics and have dialogues with other people.

Podcasts combine all these in one. So, millions of people turned to this form. The already successful podcasts kept their high image and attracted more audience. But many new podcasts started to be on, talking about severe social problems, favorite shows, funny facts, historic events and everything you can think about.

As we already noted, podcasts about society, crime or comedy were some of the first choices for the majority of people, who were attracted by book podcasts, too. But the quarantine times have passed over and the podcasts keep their successful way.

In Greece, podcasts were not as widespread as in the US or the UK. COVID-19 helped this form to have more Greek creators, audiences and even Greek podcast production companies, like pod.gr. Having easy and free access to most of them, people in Greece discovered the podcast world, listening to them, having the mood of chilling, being educated or being entertained!

Spotify has already published the top 150 (greek) podcasts in Greece for 2022! Among them, we can find every kind of topic that we discuss with our friends. Lessons, comedy, social problems and facts, sports, history, music, and talk shows, are all included in this list!

But, Spotify is -only- a podcast app. One of the most important parts of listening to a podcast is its provider which is used for podcast  uploading. There are many free and premium podcast providers, as well as some that offer free trials and then they have their premium form. Some of the best podcast providers in 2022 are: Buzzsprout as an easy choice for automatic podcast optimization, PodBean, especially for promotion and monetization, of course, SoundCloud as a free hosting site for beginners, Anchor by Spotify for podcast distribution and analytics and RSS.com, the best one for automatic episode distribution.

Except for this, podcast apps are currently well-known and becoming a trend in times. According to a survey, 50% of the US population aged 12 to 34 are monthly podcast listeners. But which are the best and the most used podcast apps worldwide this year? First of all, Apple Podcasts provides free access to over 30 million podcast episodes, without being considered the premium ones. Google Podcasts is free and easy to listen to podcasts app and Spotify features the majority of the released podcast and some exclusives. Also, Audible is really famous for its audiobooks, Stitcher has original podcasts with interesting playback options and TuneIn Radio features podcasts and radio streams from all over the world, according to businessinsider.com. 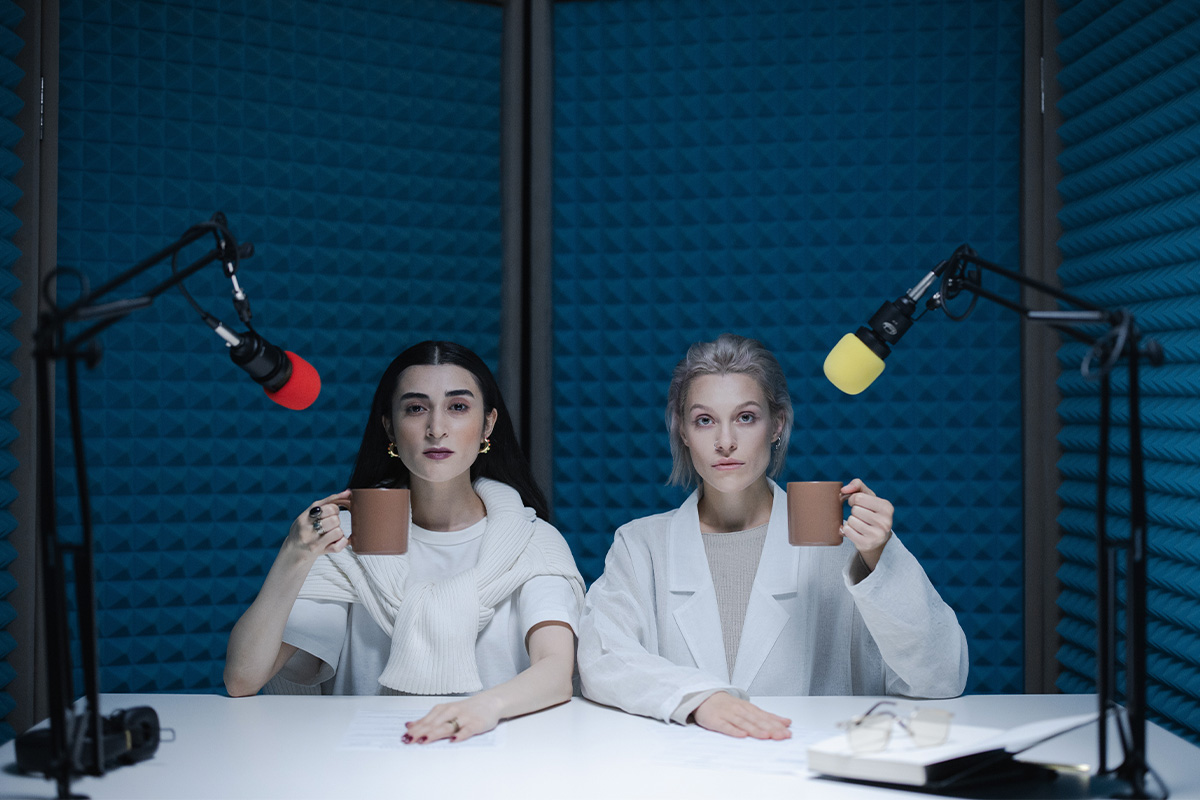 We, in Astralón, like podcasts, too! We have selected some of our favorites and we suggest them to you, to share some chilling – or not – moments!