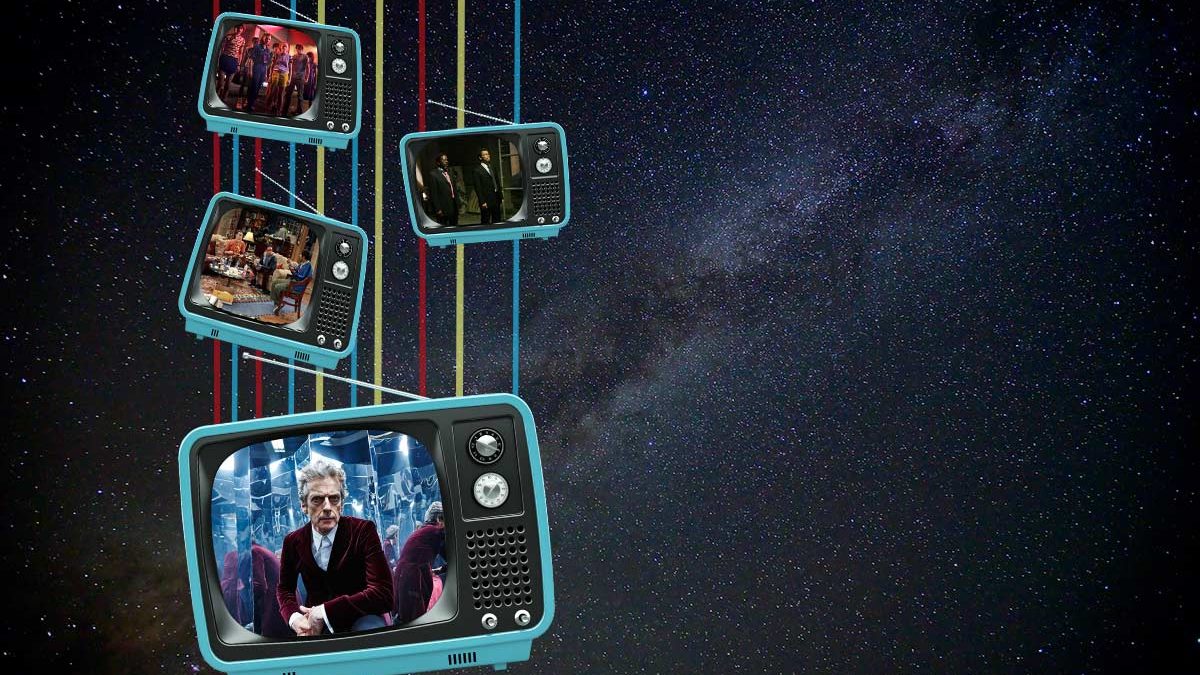 If you are looking for a tv series to watch, take a look at those that have a special place in our heart. You may as well embrace them.

Apart from books, various series have a special place in our heart, usb, hard disc and Netflix list. Referring mainly to series that were created out of our country’s borders, we became addicted to original scenarios and TV series whose number of seasons was increasing and we were constantly looking forward to seeing how their plot would be developed.

In Greece, everything started somewhere around “Lost”, but thankfully the phenomenon did not stop there. “Friends” had their share of time in our weekends, and apparently we will not be able to break that habit, thinking how many times we have watched each episode. The internet brought us the magic of information and within our global village, we were able to know what the viewer on the other side of the planet was watching. And we liked it, so we watched it too.

Due to our current staying-home situation, and since we had been binge-watching tv series before it was cool, we thought that like us, you would love to go on a series safari and learn about new and old ones that deserve a bit of our time. In the following text, our Astralón team gathered the series that we loved, that kept us awake on a weekday, that had us waiting for a whole year, that made us pay subscriptions. And as you may understand, we would love your suggestions, as our hunt for amazing content is never-ending.

When I started picking my favourite TV shows for this article, I was flip-flopping between Mad Men and The Sopranos, both set in the US during the ‘60s, both relating in a way on how to do business. And though both series have remarkable characters and are already classic American dramas, I decided to go with the leading ad man, Don Draper, and not with the mafia’s head, Tony Soprano. AMC’s Mad Men has something deeply realistic. It’s a constant existential drama depicting all the flaws and the weaknesses of human nature, despite power, success or money, a never-ending struggle of survival and social acceptance. The plot focuses on one of New York’s most powerful ad agencies, but the stories are beyond business and success, they bring up a lot of social issues, reveal the daily life of the Americans during that decade. Stylish and emotional at the same time, having wonderful cinematography and photography, with lovely music and sharp dark humour, this is a masterpiece that we’ll never forget.

Our favourite doctor. A doctor that Astralón’s existence owes a lot. Although I have seen and I remember a few episodes from it’s first period (1963 – 1989), as a child, I have powerful memories of this mysterious world and its main character, the adventurer known as the Doctor, and his time-travelling space ship called the T.A.R.D.I.S. (that resembles a blue police box). A phenomenal TV program of British pop culture, this legendary BBC series is a sci-fi classic that came back to our lives with its relaunch in 2005. I watched most of its seasons during my thirties, in a critical period of my life when I had some free time to spend productively, and I suppose that the first seeds and ideas of Astralón’s future were planted during that time. Step into it, if you are not already initiated, “it’s bigger inside than out”!

The Big Bang Theory and Flight Of The Conchords are two series that truly make me laugh. They are clever and funny, very funny. And though I have still not finished all seasons of the first one, I can speak for sure about Flight Of The Conchords: one of the greatest comedies that aired on HBO, and for sure “The Greatest” for all music fans out there. Jemaine and Bret, New Zealand’s most beloved weirdos and fourth most popular guitar-based digi-bongo acapella-rap-funk-comedy folk duo, are delivering 22 delightful low-budget episodes full of romance, absurd and self-pity moments, unique humour and hilarious song parodies (with an impressive in fact range of music styles). A cult favourite. 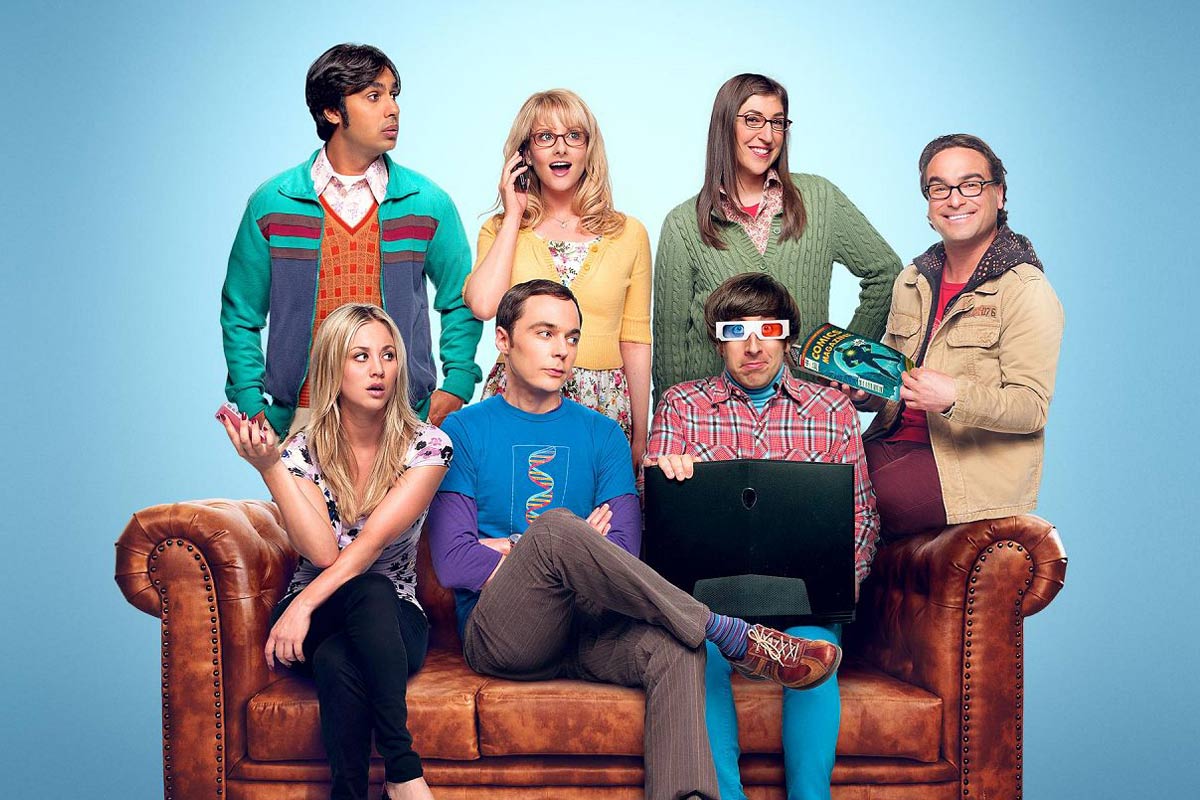 Oh Dr. Sheldon Cooper! There are no words to describe your fascinating mind, your creepy humor and your wonderful friends. This inspirational CBS series has won several Emmy and Golden Globe awards and has attracted distinguished scientists to appear as guest stars, such as the famous astrophysicist and Nobel laureate George Smoot and the cosmologist Stephen Hawking. This wonderful gang of the 4 most kind-hearted nerds and their exceptional girlfriends, is always eating take away food around the table, always sitting at the same spots and always makes us enjoy 20 minutes of our day.
Attention! I am still at season 8 and I am trying hard to avoid all the spoilers lying around the internet. Please, be kind and careful!

As Sissy said, we can’t publish an Astralón-watches-series article without including Friends. Without including Ross’ wisdom – Unagi! -, Rachel’s honesty – “oh, I’m sorry, did my back hurt your knife?”, Monica’s “I KNOW” moments, Phoebe’s “smelly cat, smelly cat”, all of Chandler’s jokes and of course ΤΗΕ all time classic pick up line “how you doin’?” by Joey. <3
And we will forever continue to watch all episodes of the 10 seasons while eating Sunday’s lunch and we will anticipate the reunion special, 16 years after the NBC show came to an end.

Now more than ever, Mr Monk makes sense! He sanitises his hands all the time, he takes 3 showers a day, he brushes his teeth 12 times a day and he avoids handshakes! His photographic memory and his ability to solve -almost- every mystery remind me of Sherlock Holmes and Hercule Poirot. The series debuted on July 12, 2002, on USA Network and it continued for eight seasons, giving us the pleasure to love detective Andrian Monk in every one of the 125 episodes. And to anticipate for every fascinating “Here’s what happened” moment.

It is one of the first series that became globally popular and one of my favorites. While watching the protagonist’s attempt to handle a different side of himself, we realise how difficult it is to balance everything in life.

If you are a fan of pop culture and the ‘80s then this science-fiction series will become your favorite. Filled with Dungeons And Dragons references, it makes you wanna gather your friends and play the board game.

The series that breaks the streaming records and has been rated with an 8.5 in IMDB rating, yes, you know exactly which I am talking about. The enigmatic Professor, Berlin and the rest of the la casa crew promise to offer moments of breathless suspense as well as emotional explosions. An exceptionally created series with great transitions between scenes and time periods that will blow your mind. But that’s enough, the rest are to be discovered by you. 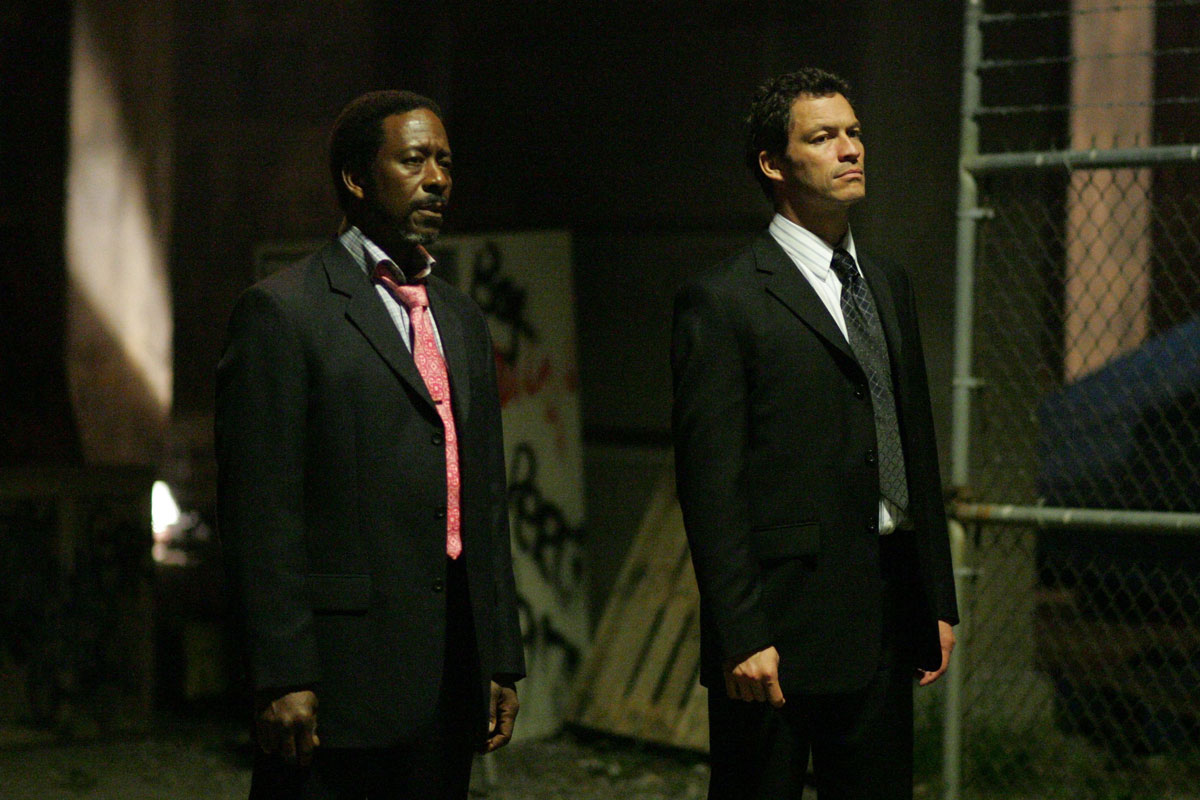 It’s not yet another crime series. It’s a rollercoaster that drives you through the complex crime world, through the hidden dirt in the police force, through the dark sides of our society that creates micro criminals. One of the oldest HBO series, whose cynicism electrifies the audience and, which will in the end capture the viewer’s attention. No, there will be no impressive action scenes and special effects. It is, though, eye-opening and realistic, as it throws light on several aspects that you did not expect, for instance, the sequence of events that lead to a crime, in addition to the fact that the bad guy does not always receive punishment and that they are not always those who you expected to be.

Obviously, I would have chosen a series from the Nordic Noir genre. Starting with a murder in the middle of the sea bridge, linking Malmö and Copenhagen, Saga takes you on a trip at the frightening darkness and the almost tanglible coldness of Scandinavia. Bron executes excellently the recipe of a police officer who cannot function socially, but with an amazing intuition and brightness. Saga is not kind, knows nothing about empathy, but does not hesitate to do whatever it takes to protect those who help her. The seasons had been coming out every two years and we, the noir aficionados, were counting down the days. Four seasons that I wish I could erase from my mind and rewatch them.

Fleabag came into my life somehow unexpectedly and, after a long time, I was thrilled with a new series. A woman living in London, deals with the emotional and professional gap left by the death of her best friend, her meaningless personal life, her family issues. Multiple humoristic scenes and self-mockery at its best, awkward and embarrassing moments that the main character just says what she has in mind and her words describe the exact viewer’s thoughts. The creator of Fleabag  (who btw wrote Killing Eve, which is awesome) uses the fourth wall flawlessly. In the last four minutes of the first season, I went from laughing to getting emotional. There are not many series that have achieved that.