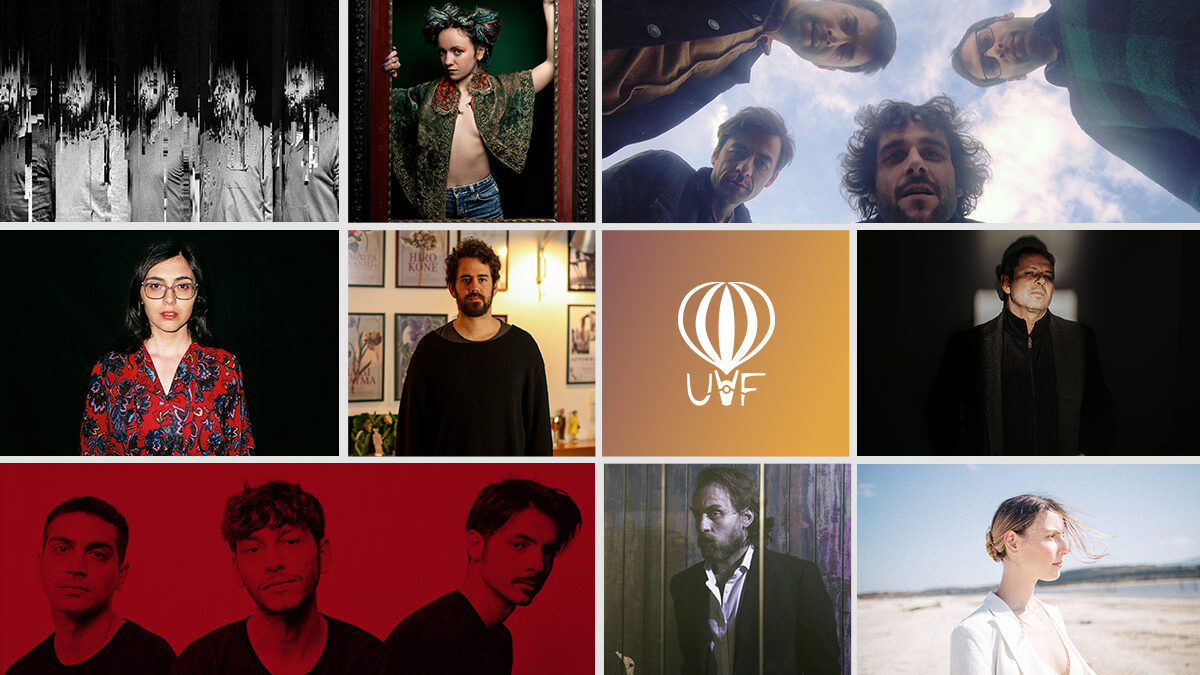 We are super excited to announce our new partnership with United We Fly, an independent music company offering record label, artist management and event production services.

Music has always been a matter of Energy to us, to quote Hunter S. Thompson. Since the beginning of Astralón, music brings peace, pleasure, magic, wisdom and force to our daily life. Not to mention that even our name was inspired by a song. Therefore, a partnership with a visionary musical family as United We Fly’s is definitely a more than welcome cooperation that we are happy to introduce to you.

United We Fly was founded in 2015. It’s an independent music and cultural services agency based in Athens, Greece. Its team welcomes, hosts and represents Greek musicians who share the same values and provides a wide range of services related to music production and business. Its goal is to help them communicate their music to a wider audience. Last but not least, United We Fly owns and operates a welcoming spacious studio in the center of Athens.

Theodore’s schooling in piano and traditional Greek folk music led to the beginning of his music path in London, where he studied Music Composition. His debut album “It Is But It’s Not” was mixed by Ken Thomas (Sigur Rós, Moby, M83). Theodore’s second LP “Inner Dynamics” was announced on NPR’s All Songs Considered by B. Boilen and R. Hilton, who also premiered third single, “Disorientation” on their show.

Theodore has supported Sigur Ros and DIIV, and among other festivals, he performed at Reeperbahn 2017 & 2018, Eurosonic 2018, Musexpo LA 2018 and SXSW 2018 & 2019. He ended his “Inner Dynamics” 40-date EU and US headline and festival tour with a Tiny Desk concert. His music and memorable live performances have received the best reviews from Gigwise, CLASH Mag, Tsugi, FGUK and Gaffa to name a few, and radio play from the likes of BBC Radio 6 Music.

Irene Skylakaki is a London-based singer/songwriter, originally from Athens. Her lyrics, autobiographical and oftentimes disarmingly personal, combine with catchy folk-rock melodies, forming songs that allow her to connect with her audience and give back some of the joy and healing that music has brought into her life over the years. To date, Irene has released three studio albums: Wrong Direction (2012), Before Dawn (2014) and Matterless (2018), which was produced by Danton Supple (Coldplay, U2, Morrissey, Patti Smith).

Her songs have been featured in TV commercials, as well as film soundtracks. She has performed as a supporting act for artists such as Macy Gray, Jessie Ware, Beirut, Daughter, Cass McCombs and Archive. Previous festival performances include the Rockwave, En Lefko Festival, Swanbourne and Release Festival, and in 2012 she was one of the youngest artists ever to perform at the Athens Concert Hall Garden.

Pavlos Pavlidis is one of the most notable musicians, lyricists and singers in Greece. From 1984 to 1988 he was a member of the cult band “Mora sti Fotia”. In 1989 he moved to Paris and created the Brancaleone studio together with Nikos Kantaris. In that time, Pavlos composed the core of the album “Xessaloniki”.  In 1992 he created the band Xylina Spathia.  With Pavlos being the lead singer, main composer and lyricist,  Xylina Spathia  released 5 albums and made numerous tours in Greece and abroad.  In 2003 Xylina Spathia split up and released the lovely album “Afou Loipon Ksehastika” (2004). Later he created the B-Movies band, with whom they released 6 albums and two 7″ singles.

After the summer of 2020 he finds himself with a new group of musicians, preparing altogether their new music material that is expected to be released in 2021 by United We Fly.

Nefeli Fasouli was born and raised in Athens. She has accompanied a variety of artists on stage as a singer. Among them: Vassilis Kazoulis, Nikos Ziogalas, Panagiotis Kalanzopoulos, Antonis Apergis, Dimitris Kalantzis and others while for three and a half years she has been a permanent collaborator during the music shows of Foivos Delivorias

In 2019 she discovered her love for music composition and presented her first jazz track, “The Worst Is Yet To Come”, while in July of the same year she released her first single composed by Foivos Delivorias, entitled  as: ” Gia ena kalokairi “. In 2021 she is expected to release her first personal album composed and produced by Foivos  Delivorias.

George Goudis (Gaudy) is a performing musician, recording artist, composer and arranger. His personal projects have received critical acclaim, earning him awards in a variety of categories, including best song, cover design and lyrics at the 48 hour music project (Sony Greece, AEPI) and third prize for classical piano performance at X.O.N. (Chorus and Orchestra for the Young, 1999). George has composed the main theme of “I Epohi Ton Ikonon” for ERT public television (2014 – today), and the OST for “Humphrey” (2017).

He has also written music for numerous advertisements and campaigns, including the music for the internet platform “SynAthina” of the Municipality of Athens. He has released four albums with Minos EMI. In 2017 he packed up his bags and moved to London. His single “Mother”, released by Universal Music in 2016, was featured as the theme music of “Eteros Ego”, the critically acclaimed crime TV series.

Danai Nielsen is a solo dream-pop, synth-based composer and singer, who uses voice FX to create musical dialogues between a male and a female alter ego persona. Since 2004 she’s been active as the main member of the Greek band Rosebleed. In 2014 she became the lead singer of the band Than.Eye, which was based in Germany and released their first EP in 2016.

Meanwhile she collaborates with JIM Bespoke (Ninja Tunes) as a vocalist for synch music and participates as a musician in several art performances. Since the beginning of 2019 she has been performing solo, using synths, loops and samples, most of the time creating a unique costume for each of her performances.

Sworr. is a trio based in Athens. It has a unique sound and explores the paths of electronica and beyond. In March of 2018, they released an amazingly fresh debut album, that explores the darker paths of downcast electronica. They are currently working on their next project which is set to be released  by United We Fly in the spring of 2022.

Athenian rockers Whereswilder started out in 2014 with their trippy/ psychedelic LP, “Yearling”. The debut’s impact was so impressive that it landed the band a spot in Rockwave Festival’s 2015 line-up alongside The Last Shadow Puppets. Whereswilder has performed in numerous major festivals, toured around Europe and shared the stage with some of the best Greek live acts.

Οn 2019 they released their third album. It was recorded in an Athenian studio where many “controversial” (near cult-like status) Greek folk hits were produced from the late 70s to the mid 80s. A lot of dirty sweat from real musicians has been broken in there during an arguably dark period for Greek music.

The band is now sounding more soulful and funkier with a whole lot of pop hooks in their arsenal. They are currently working on their next project set to be released by United We Fly in the fall of 2021.

Afformance debuted on stage in October 2006. It took five months until their first appearance on the international stage, at the 2nd Golden Mt Zion Festival in Switzerland. It wasn’t until early 2010 that they released their debut full length titled “A Glimpse To The Days That Pass” in 500 hand-painted CDs. Having already toured briefly abroad and nationally with both local and international acts, 2013 finds them with the release of the commissioned work for original score for the same titled dance/theater performance, “The Place”, which follows a European tour with their appearance at Dunk! Festival being it’s highlight.

In mid-2014 they started recording the album “Through Walls” that was released in June 2015 on both CD and digital formats. In 2017 a great project was announced in collaboration with United We Fly. The soundtrack-esque “Music for Imaginary Film #1” and the more post/pop oriented “Pop Nihilism”.

Visit United We Fly’s website for more and stay tuned, because United We can Fly, indeed!